Dario Kapin is born in Sarajevo (Bosnia and Herzegovina) in 1967. In January 1991, after he first heard the Gospel, he got saved and started following Jesus Christ – radically saved, baptized in water and in the Holy Spirit.

In 1991 he left to Sweden, where he finished bible school (1992/93) in Uppsala. Between the years of 1993 – 1995 he lived in Vetlanda (Sweden) where he helped in the work of a local church and in evangelizations. While working in 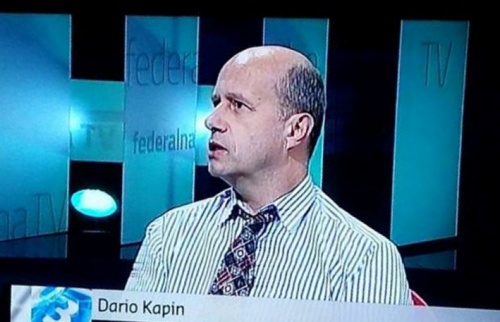 Sweden, over the years, he got a call from God to serve in Serbia. He then moved to Novi Sad (Serbia) in 1995 with God’s call to preach His Word to the lost ones.

In December 1995 he got married to Silvija, who also got saved in 1991. They became parents to two daughters. Between 1996 – 2000 Dario served as an elder in a Pentecostal church in Novi Sad, and in 2002 he and his family moved to Zenica (Bosnia and Herzegovina) where, by God’s call, they planted a new church.

From the very beginning, the vision was to reach not only people of Zenica, but the whole country. During all this time, the Holy Spirit opened many doors, especially through media, for pastor Dario to reach people and preach the Gospel all over Bosnia and Herzegovina.

- Theme by Grace Themes
We use cookies on our website to give you the most relevant experience by remembering your preferences and repeat visits. By clicking “Accept”, you consent to the use of ALL the cookies.
Cookie settingsACCEPT
Manage consent

This website uses cookies to improve your experience while you navigate through the website. Out of these, the cookies that are categorized as necessary are stored on your browser as they are essential for the working of basic functionalities of the website. We also use third-party cookies that help us analyze and understand how you use this website. These cookies will be stored in your browser only with your consent. You also have the option to opt-out of these cookies. But opting out of some of these cookies may affect your browsing experience.
SAVE & ACCEPT